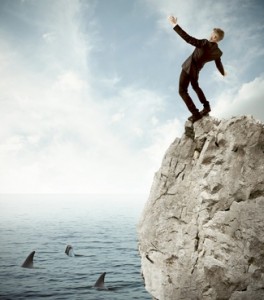 It has been mentioned in the past that students have no basic skills when they leave school.  They rely heavily on other people to support them.  They are not innovative, cannot think for themselves and have poor communication skills. What can we do about it?

I have some interesting groups of students, like many of you.  Teaching Technology requires people to create something new, something that doesn’t already exist.  My colleagues and I came to the realisation that when asked in an exam for a ‘new product’ students would often draw something that existed.  There was no real creativity, no individual input into the product.  Unfortunately we teach to the specifications and schemes of work that we are given. It is not often we teach what we feel is important with regards to everyday life.

Every so often I decide to just teach something that little bit different.  Lessons that purely focus on creativity and communication.  I always take risks and find that these lessons are not only extremely productive for each child but the lessons make them think.  I decided to do a lesson on creativity which was going to be observed.  Now some people may think that this is extremely silly as it was a formal observation but it was near the end of term and I didn’t want to start a new topic so I went ahead and did the ‘risky’ lesson.

As the students entered the room I allowed them to get into groups of 3.  I showed them a number of pictures of clothing from around the world.  I then showed them pictures of ridiculous outfits that had been made from paper and card.  Their task ‘produce a wakey outfit’.

That’s all, that’s the only thing they knew.  I didn’t give them any objectives apart from the fact they had to complete it in the hour.  I put a number of resources at the front of the room things such as glue, cellotape, paper, tissue paper, cardboard etc.

Straight away there was a real buzz of excitement.  They were sketching ideas, working out how to attached resources together which is when they really started to think for themselves.  ‘Miss this glue is just rubbish can I go and get a glue gun?’  The penny was slowly dropping and they started to ask for additional resources that they had worked out they may need to make or improve their actual work.  The outcomes were remarkable, they had thought for themselves and produced some interesting, unique and creative designs.

For the first time I was given ‘outstanding’ for ‘rapid progress’.  I asked that question ‘what have you learned this lesson?’ The first response was ’well nothing, we just made an outfit’.  I always secretly like that response.  I know they have learned a lot but they enjoy it so much that they feel they have just had fun and learned nothing.  After a few moments the penny dropped and they realised what they had learned and what the lesson was actually about.

My personal feeling is that in all subjects we should just take some time to plan a lesson that has nothing to do with learning facts, texts etc. but a lesson that allows students to be creative, to build on skills that will one day be required when they leave school.  Employers don’t want the young adult who asks what they have to do every few minutes, or says that ‘they can’t do it’ within a split second of trying.  If all students are moulded to the current curriculum from Mr Gove, where will our next Steve Jobs, Bill Gates or James Dyson come from?

How often do you take risks and allow creativity?